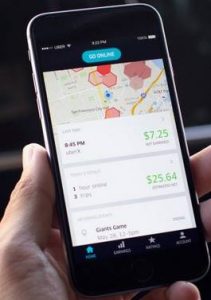 The Uber app is a smartphone app, so an Uber driver must have a smartphone with an internet connection to receive ride requests from passengers. Anyway, it is not possible to access the other Uber services without a smartphone.   Although the Uber driver app works with almost all the latest smartphones, it’s important to know the phone requirements before start driving. So, let’s know whether you can use your current phone or you need to buy one.

An iPhone 4s with iOS 8 operating system is good enough to run the Uber driver app. But, it’s recommended to use an iPhone 5 or later version to use the app without any interruption.

Try to use any of the phones listed above as they are recommended by Uber. You can use other Smartphones that are not on that list. But, make sure your phone is not in the list below: 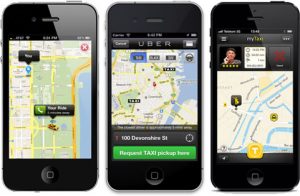 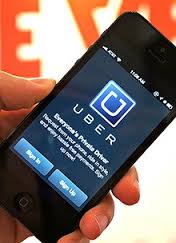 Uber does not support those smartphones & you won’t be able to download & install the Driver app if you use any of them.

You can use a tab too.

Many drivers prefer a tablet or Smart Tab because of its larger screen. There are 2 methods to run Uber on a tablet:

Tablet with SIM card support: Buy a 3G/4G enabled tablet that supports SIM card so you can run the Uber app along with receiving calls/text.

Wi-Fi only tablet: Tether your Wi-Fi only tab to your phone to run the Uber driver app from the Tab. You can access the app through the tablet, but you’ll need the phone to receive calls/texts from passengers. This type is not recommended if you want to buy a new tablet.

How much data does the Uber partner app use?

For a full-time driver, the driver app consumes 2-3 GB data per month. It would be better if you choose a 3 GB data plan per month to avoid any unwanted data charges. Remember, this data amount is recommended for full-time drivers only. You’ll need less data if you intend to work part-time. 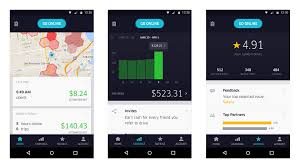 You can lease a phone from Uber too

If you want to use a separate phone for driving & if you can’t afford to buy a new one, Uber will lease you a modified phone. But, this facility is available only in a few cities. And, the Uber phone only runs the Uber app, navigation and call/texting apps. The charges are also pretty high. At first, you need to fund a $200 refundable deposit (amount varies upon cities) and a $15 weekly data fee no matter you use it or not.

Actually, it’s not a good idea if you want to rent an Uber phone for long term use. The charge is much more expensive than a new phone. 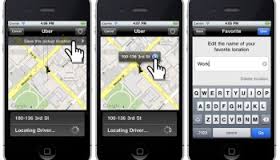 As you’ll need to use GPS while driving, make sure that your phone doesn’t have any GPS connectivity issue. And, if you intend to buy a new one for using the driver app, try to purchase a phone with a bigger screen.